Dragon Ball Super Movie, directed by Tatsuya Nagamine (One Piece Film: Z) and written by Dragon Ball series mangaka Akira Toriyama, will open in theaters in Japan on December 14th 2018. The theme for this remarkable new film will be “Saiyan”, the strongest race in the universe. Since Battle of the Gods, Goku has undergone new forms from Super Saiyan God to Super Saiyan Blue to other evolved forms that have gone up against many invincible warriors from multiple universes. This new story will focus on the origin of the Saiyans’ strength and what it means to be Saiyan. 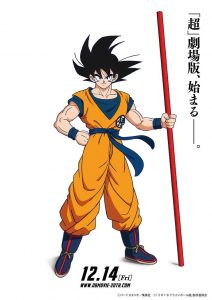 More about the anime “Megalo Box”