Reel video and poster for the 17th season of Family Guy

FOX revealed a reel video and a poster for the 17th season of Family Guy on the San Diego Comic-Con. The video shows short parts from the new episodes. In one of the episodes Stewie and Brian will shrink, the poster is for this adventure.

Alongside the fake news, Family Guy will parody Our Cartoon President, Donald Trump as well. One of the episodes is going to commemorate Adam West, who died in 2017. James Woods High School will be renamed to Adam West High School. In this episode Quagmire and Brian will compete on the mayor election. In the reel video, which is under the poster, there are some grapes who are very similar to the Member Berries from South Park; plus we can see some seconds from the episode on the poster. 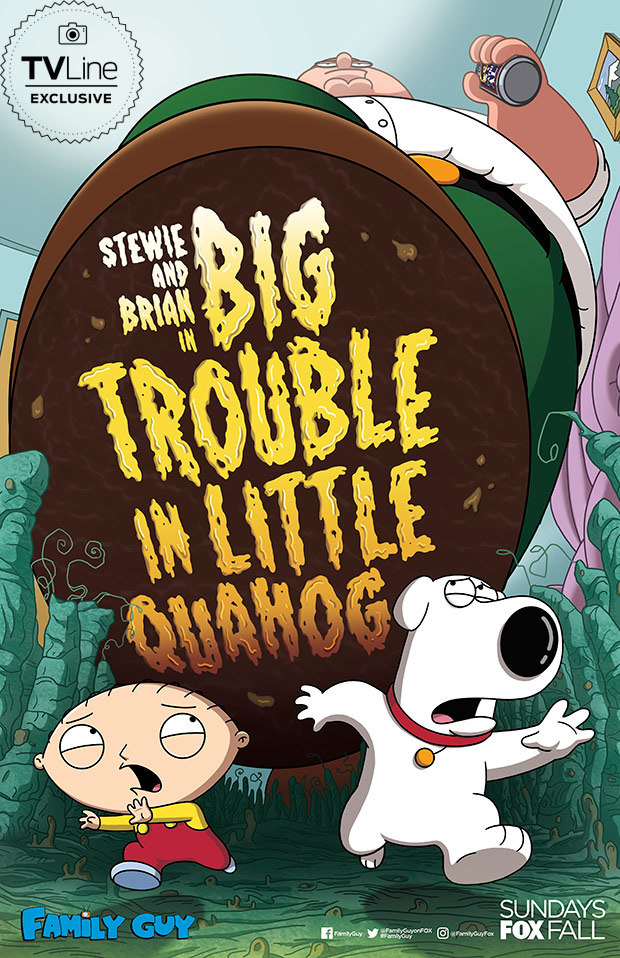 Welcome Jim, Jam and Star! JimJam to rebrand on August 1